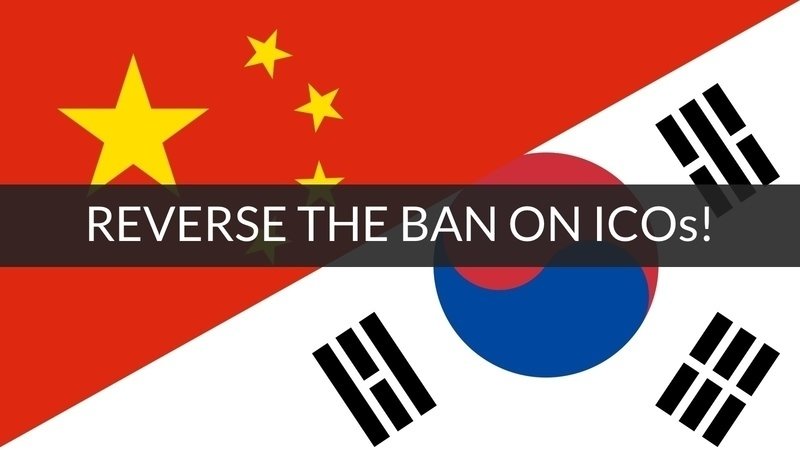 According to a new report, South Korea is contemplating reversing a ban on Initial Coin Offering in the coming months. The Korean time’s reports of a plan by the authorities to allow ICO and digital token based fundraising and make it possible for domestic investors to make advancements in Blockchain based technologies

The media company, which is one of South Korea’s most popular newspaper accounts of an ongoing discussion, between South Korea’s tax agency, the justice ministry and other concerned government offices, acknowledges possible talks on plans and conditions for a possible revitalization of ICOs in the country.

If the discussions bear fruit and everything goes as planned, the country could witness a major reversal of the ban announced last September.

Financial regulators had previously banned raising money via any form of virtual currency including initial coin offerings and recommended regulation over the same. The decision in September by the South Korean authorities was attributed to the fact that there existed risks and possibilities of financial scamming. The announcement by China in the previous weeks may also have influenced South Korea’s decision.

Even after announcing the ban, the administration was reluctant to implement the ICO rule and was yet to impose any company into returning ICO funds. But this did not stop the migration of local blockchain startups into crypto-friendly countries and environments like Estonia and Switzerland. However, South Korean citizens remained free to invest in foreign ICOs.

According to Kang Young Soo, an official overseeing Cryptocurrency trading policies, the decision was yet to be made on whether to reverse the decision made in September or not. He, however, acknowledges that they were considering a third party view on the same. Mr. Kang had admitted in a recent industry forum, of plans to advance the blockchain technologies while regulating crypto trading.

Other sources familiar to the country’s tax code confirmed the rumors and expect a U-turn of September’s decision soon as the nation resolved and fixed the legal groundwork regarding crypto trading.

Well, various sources have given a hint on what to expect. One, the source advised ICO-enthusiasts to expect an imposition of capital gains tax, VAT or both. The source also admits of a possibility of levying corporate tax from crypto exchanges and regulation by issuing of licenses. He, however, acknowledges that the matter was still in discussion and various agencies, including banks and tax agencies, were being brought to the table for transparency. In any case, the government cannot implement the policy on its own without tracking capital inflows into ICO.

ICOs make sense for startups because of their little paperwork and the fact that they let companies solicit money directly from the investors. The ban that didn’t limit trade oversees still worked for the startups, as they were able to raise funds overseas.

Even as the ban was implemented, investors with interest in ICOs grew significantly. This forced the government to rethink its decision. The proposed policy changes are a great deal for investors when it comes to transparency.