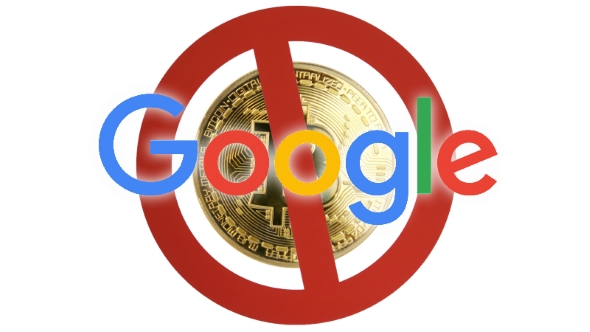 On Thursday Morning, the Cryptocurrency markets plunged to new lows, or below $8000, in a delayed reaction to negative publicity from Google. This publicity is raising skepticism in the already volatile markets where investors have been experiencing short-term shocks since 2013 when China started discouraging her nationals from participating in the trade.

The market leader Bitcoin’s lost 13.25% of its value in the wake of the ban; this loss has cumulatively seen Bitcoin shed off a mind-boggling approximate of 43% of share value from January 2018. According to market data, the Bitcoin Market was trading at $14,111.98 as the year began. On the other hand, Ethereum and Ripple currencies’ values are down by 14.54% and 16.58% to trade at %593.6 and $0.66 respectively. Summarily, according to Coin Market Cap report, all but two Cryptocurrencies’ stocks are trading in lows ranging between 11% to 26%.

Google, a US-based global leading search engine, and advertisement firm issued a statement in March 2018, prohibiting “bad advertisements” effective from June 2018 on the AdWords platform. Google’s, in a document released to the media, stated that Cryptocurrencies’ information which includes; Cryptocurrency exchanges, Cryptocurrency trade reviews, Initial Coin Offering (ICO) and crypto wallets are “bad” advertisements as they are speculative and largely lack policy regulations. Google further stated that cryptocurrencies are emerging threats to Google services users and they have a “moral and ethical obligation” to protect Google users from “deceptive and misleading promotions.”

Google has followed in the footsteps of the arch-business rival, Facebook. Similarly, Facebook had, in January this year, banned all Cryptocurrency advertisements in a move that was geared to restore Facebook to its intended purpose of enhancing social relationships in the world; these social relationships had systematically being replaced by advertisements, which were unwarranted.

Market analysts are sharply divided on the impact of the negative publicity from Google and Facebook. On one side, the market analysts state that Facebook, which is a vital advertising platform in the world, with almost similar market influence to Google, initiated the ban and the markets only experienced short-term bearish trends before reverting to bullish growth. Following this analogy, these market analysts predict that Cryptocurrency markets will regain their bullish patterns that will see more ICO traded in the coming months. However, they cannot predict when the markets will recover. Will it be a matter of days, weeks, months or years? Amongst them, it is suspected that some investors are propagating these sentiments to lower the value of the significant cryptocurrencies in anticipation of massive ICO buyouts.

On the other hand, some market analysts allude that this recent negative publicity is one too many and the Cryptocurrency markets will never recover. Their perspective premised on Google’s prominent social standing globally. It is widely believed that Google has nailed the last nail and investors will be rushing to sell off their shares anticipating further losses.

Alphan is a professional online content developer with more than 5 years’ experience. He has mastered the art of writing stellar content that conveys the intended message to the audience in the best way possible. Apart from writing, he is also cryptocurrency enthusiast and has multiple digital assets- Bitcoin, Ethereum, Litecoin and much more. When he is not writing, he loves spending time with his family or outdoors hiking, swimming or camping.