If usage and the passage of time have revealed anything about blockchain, it is its usefulness and ingenuity. The introduction of blockchain birth a revolution in how the World would come to perceive the technology. Without leaving much room for question, everyone embraced blockchain with their arms wide open. However, just like every other technology, blockchain has experienced a few drawbacks encompassing limitation, constraints, and problems. The reality of these drawbacks hit the World through researches and experimentation conducted by experts into the problems.

So what are the drawbacks of blockchain?

Although the blockchain technology seems irreplaceable and its dominance irrefutable, it does come with few concerns. Some of these are:

The technology behind blockchain technology makes use of interconnected nodes. This categorizes each user into a distinct node. The system is made of a large and interconnected system, and as a result, it generates more substantial responses to risk. Regrettably, when it comes to networking, the size does matter and so its internal problems are noticeable.

Uneven distribution of the blockchain system via a robust system could end up causing problems. It deprives users of its utmost advantage. To some extent, some permission-based blockchain still claims that this defect is excusable.

Since blockchain is relatively new, it includes vocabularies and terminologies which some people would consider a bit too modern. Blockchain has effectively utilized the art of writing and solving codes (cryptography) and so a lot of people find it difficult to keep up. Fortunately, to ensure comprehension and ease of use, efforts are underway to solve this problem by introducing indexes and glossaries.

The computer system operates on a “garbage in garbage out” design. When the wrong data is imputed, it gives out a wrong output.

Blockchain has frequently been regarded as an emerging World power. This is because of its ability to refine the digital approach of various sectors through various designs. This has resulted in a various dispute between the community sector and the public regarding blockchain governance.

The major area of contention is on updating and altering blockchain protocols to accommodate major users.  Since the system is dispersed, it reacts differently to attacks. The arguments seem necessary most times to ensure that the system is secured from attackers and keep its growth constant. Although they mostly center around its governance feature and democracy.

Although the blockchain system has been established as a fast-rising technology, it is evident that it still leaves more to be desired. While some regard it as faultless, professionals understand that this is not so. Blockchain does have its shortcoming, however, all things considered, it holds up well.

India currently has the seventh-largest economy globally. Boasting an estimated demographic of 1.34 billion people, it is a fast-growing economy despite having a GDP of 5.7% in the 2nd quarter this year. According to the World Economic Forum, it will become the 2nd largest economy by 2050 with China in the frontline.

In 2016, under the ruling of Narendra Singh Modi, the country demonetized two of its most popular bank notes. The two notes accounted for 86% of the money circulation in India. This was no less than a punishment for tax evaders and made individuals with heaps of black money to return them to the bank before transferring them elsewhere.

Despite being a strategic move to make India adopt digital transactions and limit wealthy tax evaders from paying taxes, it was the typical Indian population that suffered the most.

The plan resulted in a significant money crunch and led to thousands of people standing in queues to return the demonized notes.

But the bright side was the sudden increase in digital transactions as reported by the World Economic Forum. The demonetization allowed the government to keep track of all the cash flow.

Future of blockchain in India

Even today, cryptocurrency transactions and exchanges aren’t a popular means of money transfer in India.

Only 0.5% of people indulge in Bitcoin. In September 2018, The Reserve Bank of India proposed plans to launch a new platform for Blockchain. If this becomes a reality, we can expect increased tax payments and move towards a cashless economy.

Can a Cashless Economy and Blockchain Converge?

It can, but there are a few obstacles and limitations. The Indian government will need to develop lasting solutions for issues like monetary addition, setup costs, transactions times and expenses.

Although minute, there is still a fraction of the population that doesn’t like to associate themselves with financial institutions of any kind. In order to promote cashless economy stance, these people will have to create checking accounts. But if blockchain proposals do succeed, there will be no need for financial institutions to intervene.

What about the Transaction and Other Costs?

Transactions costs are currently high in India. To set up a card-swiping terminal, a merchant has to invest anywhere from $61.5 to $123. This may not seem inconvenient for big merchants running big stores but can be a little demanding for someone who runs a smaller business. Not to forget, it is these small business owners who are really taking the economy of India forward. This is another reason why the country still chooses to pay via cash rather than with digital currency. The expenses are higher.

In order to go cashless completely, the economy will have to focus their efforts on reducing waiting times between a processed transaction and an accessible one. This will, of course, encourage people to opt for digitalized currencies.

BitIndia is a blockchain project that aims to support the proliferation of digital transactions. Its long-term vision is to help a typical Indian embrace digital currency while reducing transaction times, transaction fees and the need for intervention from financial institutions. 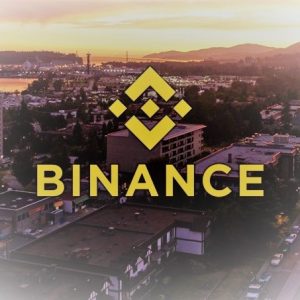