George Soros – from Sceptic to Investor 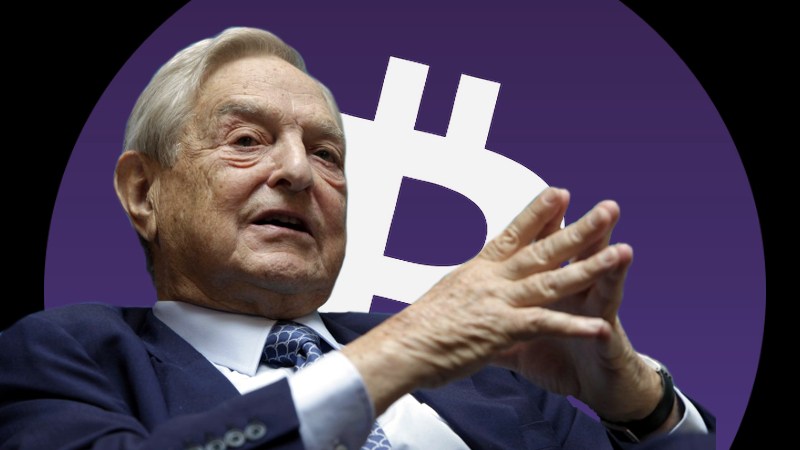 The market for cryptocurrencies has matured, especially in the case of now well-established ones like Bitcoin, which has been in circulation since 2008.

As a result, many of those who were once very sceptical about the concept of digital currencies are now slowly being won over.

Some are even beginning to toy with the idea of investing in Bitcoin themselves. A great example of this is famous billionaire George Soros.

Mr. Soros has denounced Bitcoin several times in the past, and one of the reasons he has given is that cryptocurrencies will help foreign dictators in the same way that they aid criminal activity in the West.

On this subject, Mr. Soros has said:

“There’s also as very innovative blockchain technology, which can be used for positive or negative purposes. Currently it’s used mostly for tax evasion and for people and the rulers and dictatorships to build a nest egg abroad.”

Another reason Mr. Soros has given for not caring much for Bitcoin, and cryptocurrencies in general, is that they are not currencies at all.

According to him, cryptocurrencies are nothing more than pure speculation with no intrinsic value:

“Cryptocurrencies are a typical bubble, which is always based on some kind of misunderstanding. Bitcoin is not a currency, because a currency is supposed to be a stable store of value, and the currency that can fluctuate 25 percent in day cannot be used, for instance, to pay wages, because wages could drop by 25 percent in a day. So it’s a speculation, it’s based on misunderstanding.”

A change of tune from George Soros

Now, however, things seem to have changed for the billionaire tycoon.

He has been indirectly involved with Bitcoin since August 2017, which makes his comments above very interesting, given that they came after his involvement with cryptocurrencies.

Overstock.com branded itself as the first major retailer to accept Bitcoin, and Soros is the third biggest shareholder of that company.

That alone is an indication that the businessman has changed his tune when it comes to blockchain technology and digital currencies.

Things are now becoming much more interesting in the Soros camp.

Thus, Soros joins the ranks of many billionaire investors who have begun to speculate in digital currencies, such as John Burbank (who starting his funding round in January), and Alan Howard (who makes a significant personal income from cryptocurrencies and blockchain technology).

The example of George Soros perfectly describes the changing attitude of seasoned businesspeople and investors all over the world.

They have not achieved their status as moguls in the world of investment because they made foolish decisions.

Sometimes it pays to take it slow, and consider your options before making a leap of faith into a new market.

What do you think of the veteran investors changing their opinion on cryptocurrencies? Will this add to the credibility of the market? Or will they simply push out some of the early movers?

Leave your thoughts in the comments section below!