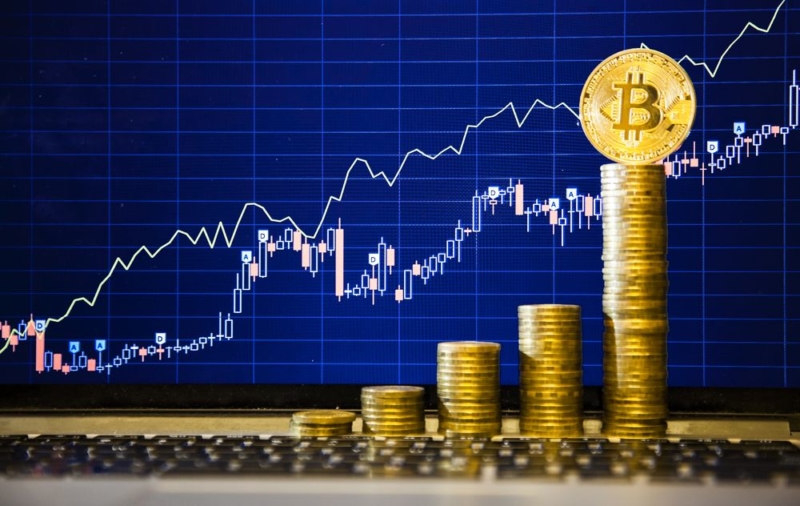 In the last 48 hours, Bitcoin has seen an incredible rise in value of over $500.

Not is this great news for investors in Bitcoin, but the good fortune seems to have rubbed off on other cryptocurrencies as well.

Ethereum, Ripple and Bitcoin Cash have all, perhaps as a result of the halo effect, risen in value by 10-20% as well.

Since the crash in late December 2017, and the subsequent terrible first quarter of 2018, Bitcoin has made a remarkable come-back.

Last week, the pioneering cryptocurrency broke the negative trend by increasing its value by over a grand in less than an hour.

Bitcoin is the most valuable cryptocurrency in the world, and it looks like it is bent on maintaining that spot on the crypto-throne.

And yet this latest increase in value seems like a small fluctuation when compared to other cryptocurrencies like Ethereum and Ripple.

Ethereum has increased 10% in value in just 24 hours, and Ripple a staggering 19% in the same time.

This difference in fluctuation could be that Bitcoin is more established as a cryptocurrency, compared to Ethereum and Ripple.

Bitcoin Cash, however, has shown a similar rise to Ethereum and Ripple.

The relatively new cryptocurrency, which is also related to Bitcoin, rose by 15% in the same space of time, making it the fourth most valuable cryptocurrency in the world.

With the many good and bad news flooding the cryptocurrency market, it can be difficult to keep track of what is happening.

For now, however, it would seem that the winter is indeed over.

Why is the negative trend reversing?

There could be many reasons for this new rise in value.

Skeptics were noting that the newly imposed cryptocurrency regulations around the world would lead to the decline of cryptocurrencies.

Other news, however, have perhaps ensured that this does not happen.

Last week, Bitcoin and other cryptocurrencies were declared halal by an Islamic scholar in Malaysia.

This means that 1.8 billion more people around the world will have access to cryptocurrencies and can participate in the global market.

The head of the International Monetary Fund (IMF) also expressed her interest in the blockchain technology that has fuelled the rise of cryptocurrencies.

Based on these good news for the cryptocurrency market, experts have predicted that Bitcoin could rise much higher than its peak in 2017.

Some have even predicted that Bitcoin could become as valuable as a quarter million dollars in the four years.

That is indeed good news for investors in Bitcoin.

Those who were distraught by the bad start to this year will now be able to face the rest of 2018 with a more positive outlook on the future.

What do you think the future holds for Bitcoin? Have you invested and are now holding on to your cryptocurrencies in the hopes that they will continue to rise?

Leave your comments in the section below!