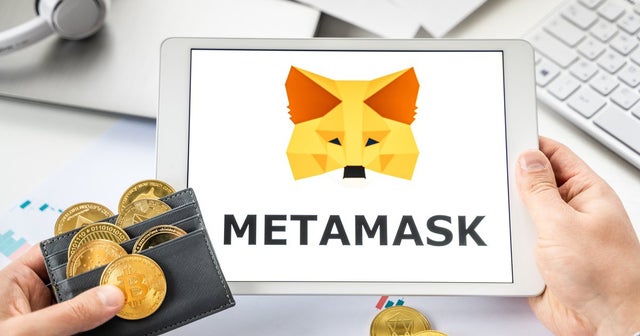 KaylaTurner
Comments Off on MetaMask Jubilates 10M MAU’s (Monthly Active Users)
MetaMask, a virtual coin wallet revealed its mark of at least 10M active clients. According to the company, this is nineteen times the growth experienced in July last year. The monthly active users (MAU) rose up to 1.8k percent in one year.

It’s with no doubt that MetaMask is gaining prominence in this season. MetaMask is a prominent Ether blockchain. It has compatibility with technology frameworks such as the Polygon, and many more. It’s a platform that gives clients an opportunity to explore blockchain apps within a short time. With over ten million users now, MetaMask recently revealed its active user count. They said that its site had accommodated over 500,000 monthly active users by July last year. By April this year, the platform had surpassed the 3 M mark of monthly active users. Today, at least 10.3 million users are on board causing a 1,800 % increase since July last year.

The Key Drivers to MetaMask Growth

In their description, MetaMask stakeholders gave some critical drivers towards the application growth. The platform is highly considered as the ‘major way’ for international Defi users. They use it to mingle with around 17,000 special domains. Furthermore, the site is a gateway to an increasing framework of NFT’s. These are digital assets that have impacted the globe in a great way.
Another factor influencing the high number of active users is the token swap aspect. Additionally, the mobile application also offered a trigger to the blockchain wallet. This addition happened in September last year. In their statement, the platform revealed the importance of their mobile app. They said their mobile version contributed to enrolling new users in their network. In fact, these users originate from distinct regions like China, Indonesia, and Brazil. month, MetaMask had a tangible record of influence in fifteen countries. Some of these nations include the USA, UK, Russia, Thailand, France, and Spain. The platform couldn’t hide its joy because of such tremendous growth globally. For more user experience, the platform is set to partner with Decentraland. This partnership is going to occur this month for extended celebrations. Decentraland is another crypto-related platform. It also helps users create, explore and invest virtually. Clients use it to trade land and real estate in their decentralized marketplace.

MetaMask released a definition of a brand-new type of virtual currency wallet. This innovation allows active users to mingle with digital currencies and decentralized software. The platform is however causing these types of apps to be more secure and flexible. The co-founder of MetaMask said they provide methods of introducing trust among people.
MetaMask continues to provide an important asset for blockchain newbies. It is also used by NFT investors, crypto gamers, and developers. More users are sliding towards the internet for downloads. The count has already reached millions. The community revolving around the platform continues to empower the site. They are regularly accompanied by many contributions from their resources.